All of my updates are now located HERE.

You’ll find a new bio, upcoming work and appearances there as well. Also feel free to follow my instagram or FB page. Updates there all the time.

I do not update this page or bio any longer.

I promise to have an update coming soon! I’ve been doin the thing y’all. Lots of good news and things upcoming in 2017.

Until then, check me out on the book of faces and twitter.

It has been a moment since you all have heard from me here on the blog. Many of you already keep tabs on what I’m doing by following my Facebook page. THANK YOU!

2016 has been galloping away so far. I can’t believe we are already mid-February! Here’s some updates and some cool things!

I’m writing my new play, TOKEN with the development support of the fabulous Just Theater Play Lab in Berkeley, CA. This new play is about Hannah, a black woman adoptee haunted by the ghost of a little girl who was killed by her adoptive parents in WA state, Rebecca. (Hana Williams.) Hannah is pregnant and the decision to keep the baby inside her, abort it, or relinquish it – and who any of these decisions benefit –  become part of the central struggle of this play. TOKEN will have a reading at Flight Deck in downtown Oakland in late April 2016. If you are local, please come to check it out.

I’m collaborating with my dear friend and colleague the fabulous writer Susan Ito on another play, UNTOLD that comes to you all as a commission from the reproductive justice organization Sea Change Project. There will be a staged reading of this work in late October at BRAVA Theater Center for the Arts in SF.

Thats enough! sheesh! Here’s a couple of good things for you to listen to in your headphones or while you are in traffic:

Lisa Marie in conversation with Dr. Julia Chinyere Oparah, one of the co-editors of “Birthing Justice: Black Women, Childbirth and … ” released this month on Routledge Press.

Lisa Marie in conversation with educator and poet Suzy Huerta, facilitated by poet Joseph Rios for an issue of BOZALTA Journal titled, #BozaltaForBlackLives

This madness around #RachelDolezal has me and many other transracial adoptees and transracial families squirming and a bit angry. Please check out this article I wrote for Lost Daughters about the whole debaucle.

“The commodification of Otherness has been so successful because it is offered as a new delight, more intense, more satisfying than normal ways of doing and feeling. Within commodity culture, ethnicity becomes spice, seasoning that can liven up the dull dish that is mainstream white culture.” bell hooks — Eating the Other: Desire and Resistance

“They love our bodies, but they don’t love us.” #BlackWomensLivesMatter #SayHerName

I was doing my best to ignore this story. It wasn’t until one of my fellow adult adoptees alerted me to the fact that Twitter (which I use religiously, but avoided specifically the past two days) had begun to use the term “Transracial” to refer to Rachel Dolezal, a white woman who has been outed as hiding her whiteness and living as a black woman that I paid attention.  I discovered that Twitter had also begun a hashtag as a sarcastic taunt — #TransracialLivesMatter. Then, I read an article that argued that “transracial identity, is not a thing.” Um. No.

For those of you who don’t know, and clearly there are a lot of you, the term “transracial” is used in scholarly research, creative writing and cultural work to denote a particular “state of being” for people adopted across race. It also describes a kind of family unit / type of parenting. In other words, it IS a ‘thing’. It is disheartening and disconcerting to see this term used dismissively as if it does not encompass an entire population of Black, Brown, Native and Asian people across the globe. For the past 35ish years, I’ve considered myself to be a transracial adoptee. The “trans” in transracial for me, never meant my race changed. It meant I was a multiracial black girl, adopted into a white family. It meant I was taken without my consent from one home, one place of origin and put inside another family, another culture, another race, one that didn’t belong to me. It meant I had to learn how to navigate my blackness and my black girlness, inside an often times racist, religious, violent and rigid white world. It meant living in a house and community that simultaneously erased me, racialized me and tokenized me. It gave me a language to articulate what was happening to me. But you know what it didn’t do? It never actually changed my race.”

Thrilled I’m joining all of these amazing artists Friday evening June 5th to perform an excerpt of “Ungrateful Daughter” for the “Soul Wounds: Trauma and Healing Across Generations” conference at Stanford University. I will be there for the whole conference, I hope you will come, and say hello at the reception after the performance. Come check out a 30 minute excerpt of my newest solo show in progress on Feb 19th at The Bside Barn in Oakland, CA. This new show continues some of the themes begun in “Ungrateful Daughter” around adoption, loss, longing, grief and finding your worth as a woman. I’ll be performing along side two other amazing solo performers for a full night of theater.   Description of the show:

Side Chick: This ain’t no Harlequin Romance – written & performed by Lisa Marie Rollins

Lisa Marie didn’t plan on being a mistress, but somehow here she is, in a hotel in Tahoe with a married man while his wife is in a casino on mushrooms with friends. After 5 years of being single, a few attempts at internet dating, a stalker, the last 3 men she dates suddenly springing the news they are married on her, and some good old fashioned evangelical Christian familial shame, what’s a sex positive, Black Filipina feminist supposed to do? 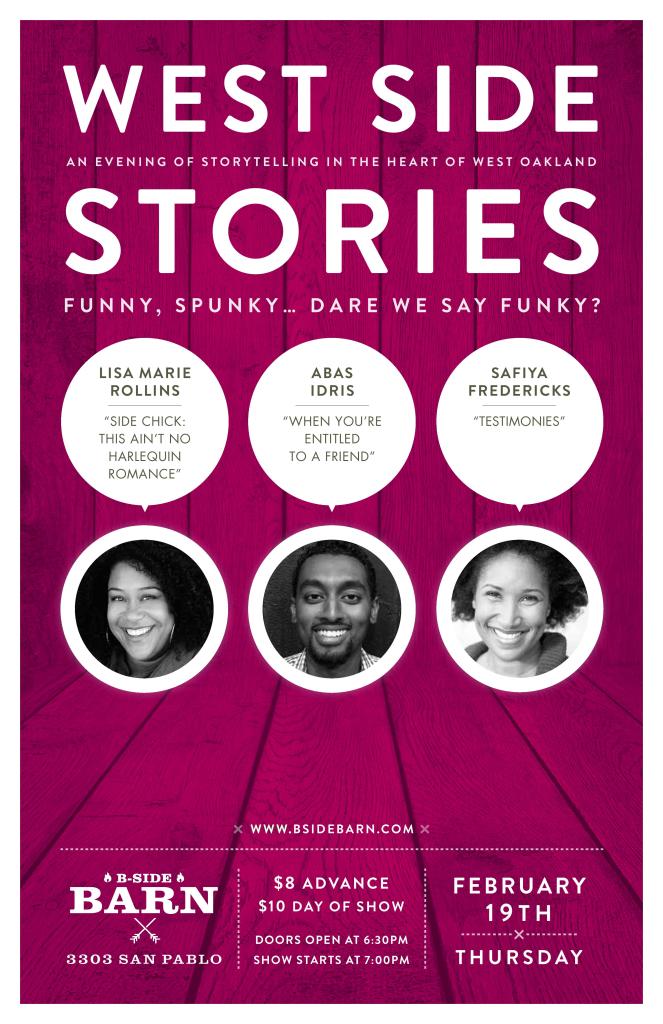 I’ve been getting the usual onslaught of emails from folks who are in need of support or who are starting to come to grips with the commitment they have made adopting a child of color. Are you a potential or parenting adoptive parent and need some support developing strategies for creating your community to reflect your family? Have you been thinking about moving your family to a more diverse city? a different school? Are you concerned with your TRA’s life being an isolated one?

I want to remind folks that I offer individual family skype or in person consultations. 1-3 sessions, with homework and strategies. Please inbox me for more information if you would like to reserve a space. I want to encourage you to stretch, to make mistakes, to grow your heart and support your child.

“If you’re going to adopt kids, it’s the white parents’ obligation to shepherd them in same-race maturation,” he said. “When you have a transracial family, mixed-race family, you’re going outside the normal. Somebody has to be uncomfortable and it shouldn’t be the child. … Your child should not be your first black friend. That’s the bottom line. If you don’t know no black people, why are you trying to bring one to your home?” – Chad Goller-Sojourner.

For those of you who’ve been waiting for a new solo show from me – yeeee! I’m SO excited to share a brand new piece on February 19th at The BARN in West Oakland. It is an exerpt from my newest solo show in progress, “Side Chick: This ain’t no Harlequin Romance”. This new theatrical piece explore ideas around black womanhood, dating, adoption (of course), race and finding your worth. I can’t wait to share it. Buy your tickets now!

also – check it out – I’m on the front page of TheRoot.com today! yeee! oh adoption.

Remember that one time I was on HuffPostLive? (check out the full segment by clicking!)

Check me out on Marc Lamont Hill’s show discussing strategies for white families who are parenting children of color. 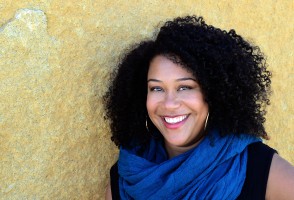